Christian Homeschoolers Don’t Cut. Do They? 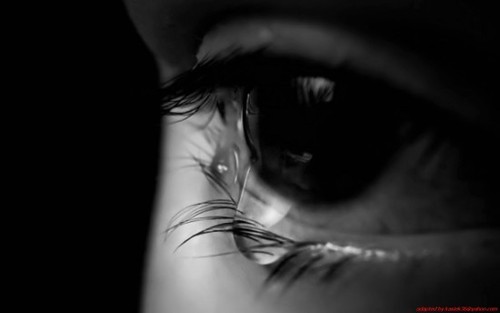 Ask an average parent about self harm and they will likely look at you with a quizzical look.

Many Christian and/or homeschooling mums simply aren’t aware of self harm or they don’t believe it will be an issue in their family. Self harm is what other kids do. Right? Certainly not kids in Christian families who have been raised on God’s word.

There are many forms of self harm. Even good kids can wind up practicing self harm and self mutilation. Just because you are a Christian who homeschools don’t be fooled into thinking that your child could or would never do something like that.

Self-harm can include, but is not limited to:

Self harm can also involve the abuse of drugs, alcohol or other substances, such as over-the-counter or prescription medication.

According to some research, girls are seven times more likely to self harm than boys. The behaviour usually starts in adolescence but is also known amongst younger children.

Self harm is no respecter of age. Self mutilation and the thought processes can start quite young. It may not look the same in each child but but the attitude, the pain, the inability to deal with the guilt, the anger is still present. When strict punishment, resulting from anger rather than restorative action stemming from love is practiced, our children may learn that punishment relieves their guilt. Self harm is often a measure of a person trying to ease their pain, shame, hurt, anxiety, stress, pressure, frustration or guilt.

Why Do Some People Self Harm?

Many people say that self harm brings a momentary sense of relief. It may, for a short time, take their mind off their pain or anxiety. It can brings a sense of calm or a feeling of release. Many people who self harm experience feelings of guilt or further shame once the effects of the self harm dissipate.

But we’re a Christian family!

Yes, even Christians self harm! Even Christian children self harm. Hiding away, denying it, trying to avoid the shame and humiliation from other Christians is not going to help the problem… it simply reinforces to the child that denial of sin is the way to deal with it. Ask for prayer… see your pastor but don’t live with it alone or trying to pretend it can’t be happening.

What Can Parents Do?

Become informed. Learn to recognise possible warning signs. There is a lot of information available on the Internet, but please exercise caution. There is a lot of pop psychology in the Christian arena and secular worldviews pervade worldly magazines, articles and organisations so do line compare everything else alongside the word of God.

Discreetly observe your child. Young teens may often cut or burn themselves on their wrists, arms, thighs, or stomach. Often they will wear long sleeves shirts or trousers in an attempt to cover the marks. If you suspect your teen is self harming, resist the urge to dive straight in with accusations or assumptions. Rather, try a gentle, questioning approach – focussing on how they feel when they self harm and what they believe it does for them. Seek to understand your teen’s behaviour rather than jump in with a band aid to fix it.

We all can observe our children. Study them, learn how they respond to hurt, pain and guilt. When they make a mistake, how do they react, how do they cope? How does my child respond after being corrected?

I was totally clueless as to the concept of self harm. When I realised what was happening, I won’t lie and tell you that I handled it all like a model parent. Sadly, I reacted from ignorance. I found it hard to believe that my child could possibly cut themselves. I was devastated. I felt like a failure. I thought, surely I was the only Christian homeschool parent to experience this. It wasn’t until I risked embarrassment and spoke out, that I saw that not only was I not alone, but that this issue was a lot more common than I ever thought. My child didn’t need my judgment or accusatory tone. They needed me to understand or at least be willing to try to understand. Once my pride had been dealt with I was in a much better place to help my child.

How To Deal With Guilt

We need to teach our children correct Biblical views about guilt, forgiveness, (atonement for sin) and shame. Teach them how to deal with and/or express their anger. Teach them and lead them to the Cross for the forgiveness of their sins. Teach them Scripture. Teach them who they are in Christ and what He has done for us. But more importantly, model these things. Our children are watching us and learning how we deal with anger and guilt. When we’ve done all we can do, we need to pray.

For more information on Self Harm, read the Self Harm fact sheet at the Mayo Clinic.
The Lysamena Project on Self-Injury has a lot of Christian-based self-injury information and resources. Another organisation, To Write Love on Her Arms, is working to raise awareness and get help for those affected.

Messiah in the Passover

The Promised One: Week One: The Road to Emmaus

Mapping the course- as the pilot