My Journey to Middle Earth 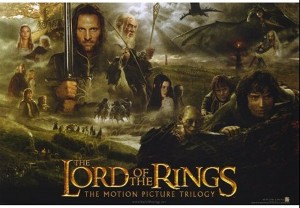 Years ago, I wouldn’t go near it with a ten foot pole. All I knew of it was that there was a wizard. I wanted to stay well away from anything like that. I did not like fairy tales, myths and legends, or anything with magic, mainly due to my interest in occultish things when I was a teen.

My husband hired the FOTR for just us to watch. I sat through some of the movie, horrified that he could consider watching something like that. I thought it was dark and eerie.

Then, I started to see that some Christians were talking about the books. As I usually do, I didn’t want to take their word for it. I like to investigate things for myself…read all the for’s and against’s. This is how I grow. So I decided to read the book for myself. I didn’t want to read other’s thoughts…I wanted to read it from a clean slate (or as much as possible).

Aside from the literary richness and the involved and detailed plot and the insightful characters, I fell in love with Middle Earth. Now that alone is not a good enough reason to like it eh?

I found there to be so much good, noble and worthy attributes in the book. Unlike allegories (of which this is not) there is no one perfect character in LOTR. When I read an allegory I am usually trying to look for the spiritual reflections- sometimes, many times I must miss them ::). I tie myself up in knots trying to work through the spiritual truths I do find. But when I read a good book, I can plainly see the spiritual truths- things just jump out at you. But like in real life, not one person is perfect- they all make mistakes, but they either grow through them and learn or they don’t. I can learn things about myself, the nature of man but more importantly I can learn about the nature of God and His purposes for mankind.

I can see some characteristics of God in people: strength, courage, boldness, humility- these are characteristics I want my children to learn…I don’t believe it always has to come only from Scriptures. In fact, I wonder if sometimes that can have a negative affect. I don’t teach my children character traits from the Bible. 😮 I know many beautiful Christians who do and I have no problem with that. I simply have a problem with it for myself- I don’t want them to think of the Bible as a list of Do’s and Don’t- simply a Moral Code. It is much more than that. I believe that character is more caught, than taught. But we can also teach character through role models, either in books, tv, or real life. Of course we an teach character traits through simple means like teaching what honesty is, and giving examples of it. I do this with our Bible readings regularly when we study the life of a person in the Bible…but I am getting off track.

Tolkien doesn’t preach. He gives life to his characters. He allows them to develop, to learn, to make mistakes, to grow, to fail…this is how we can learn from LOTR.

Okay back to the magic: magic has always bothered me as a Christian parent, especially presenting magic as just ‘good fun’. Magic in LOTR is not good fun. The wizardry in LOTR is not as that in other fantasies. He made a point of saying that he uses the word ‘wizard’ to mean ‘something utterly distinct from sorcerer or magician’. (The Letters of JRR Tolkien)

LOTR was written from the perspective of the hobbit. The hobbit’s however, did not know much about magic, Elves or even humans. What appears to be magic to them (when Aragorn uses a plant to heal a wound) can simply be knowledge of which they know not.

Some characters like Gandalf and Saruman appear to use magic. In fact they are supernatural beings, created by Illuvatar, who was the God in Tolkien’s world. The ‘magic’ in LOTR is not portrayed as something to gain or even something to strive for. Hard work, strength, courage, truth, loyalty, self-sacrifice and other such traits are what Tolkien was upholding more than anything else. In fact, it was these very traits (from a simple, mere, hobbit) that enabled the One Ring to be destroyed. It was no easy feat that was accomplished by the wave of a magic wand. I found more truth and virtue and points to teach from in LOTR than in many other ‘Christian books or fiction’.

Tolkien was a professor and his knowledge and love of English history and mythology is plain. However, while he draws much inspiration from this, the lines do not get blurred as he isn’t preaching.

These are just a few of my thoughts…as I could write them. I’m not interested in writing a complete thesis so please forgive me if I sound incomplete or jumbled. I am well aware of the in depth and rather heated debates that take place because of these books and I’m not interested in taking part in them. I wouldn’t want or try to convince another person to read the books or watch the movies for it is not a gospel that I’ve been called to proclaim. Every parent should make up their own mind whether or not they will read the books. Don’t be convinced by mere man. But don’t let it become an issue that divides. If you feel I’m in error, pray for me. Email me. But don’t let it divide the unity we have in Christ Jesus. For those interested in pursuing a study of LOTR, I highly recommend seeking God for direction and if He gives you the go-ahead, you could look at Literary Lessons from LOTR.

Your Turn! Describe a typical day at your home. 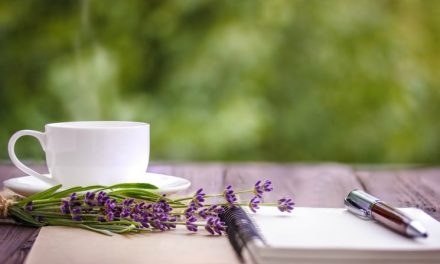