We Argued Over Fireproof

I’m probably the last Christian in Australia to see the movie but finally… I watched it! Fireproof, that is.

Funny story with it though. I had told Miss A that I wanted to watch it one day when it came out on DVD. So, for an anniversary (in late June) present she bought it for John and I. she also purchased the book, The Love Dare and gave it to us as a gift. I didn’t want to watch the movie too late at night as I’m not real coherent at night. I didn’t want to stuff the movie into a 2 hour time slot in between softball and housework…I wanted to watch the movie and savour it. John however didn’t show an overwhelming interest in watching it- in fact he didn’t even bother to read the blurb on the back! Whenever we wanted to watch a movie and I would suggest it… he would always find an alternative. I don’t know why, it just was that way.

The months went by and it sat in the tv hutch, unopened.

One morning over a cup of coffee, John started telling me that he watched the last half hour of a really good movie the night the before. It was on Foxtel…He said that we should watch it together or as a family. He started telling me the story line and seemed quite taken with the movie. By now the storyline was starting to sound familiar so I asked what the name of the movie was. He couldn’t remember so looked it up on the tv guide. What do you think it was? Yup, you were right!

Boy oh boy, was I mad? I was livid! I was so hurt, so frustrated, so downright angry! I didn’t say a word but just glared at him. Miss A couldn’t believe it…she couldn’t believe the irony of it all and she burst out into tears.  Tears… of laughter!! Poor John had no idea what had just happened as his wife just stood there, shooting daggers at him with her eyes.

I was so cross I couldn’t speak so I just stormed off to the bathroom. John tried to follow and ask what the problem was but I was too mad to respond sweetly so I just shushed my mouth, but inside I was seething.

Eventually he gave up trying to find out what the issue was and went back out to the lounge room whereby Miss A retrieved the unopened DVD from the hutch and asked him if that looked like the movie. N o  w … he got it! At that moment, he understood.

I emerged from the bathroom eventually…to be greeted by my sweet husband who had a sheepish grin on his face. Of course we kissed and made up. Over time I put it out of my mind and ‘gave it up’. I wasn’t going to watch the movie alone so I ‘gave it over to the Lord’.

John often takes a few days or weeks to ‘leave work’ and get into holiday mode but this year I think he got into holiday mode before he even finished work! It was great. Having no plans one day, we decided to watch a movie. I handed a few movies to the family and the consensus was “Fireproof”. So Fireproof it was!

It was great! We all loved it. Sometimes Christian movies are lacking in various areas but I thought that this was really well done. I found it to be a powerful, thought-provoking, attitude-changing movie. Not one that most non believers would watch but certainly one that a lot of Christians would view. It was fantastic for the children to watch too- even at their different ages of 12, 14 and 18years old.

I’ve done quite a few ‘marriage’ and womanhood courses in our 22 years of marriage. Some of the were good, some were unbalanced. This movie though, was  pretty spot on!

I think it’s quite funny (in a sad, ironic, weird way) that we had an argument/misunderstanding over Fireproof. The movie revealed things to us even in its unopened state. My old fleshly nature, my pride… me, me, me! I was revealed throughout the whole event.

14. I can anticipate the response that is coming: “I know that all God’s commands are spiritual, but I’m not. Isn’t this also your experience?” Yes. I’m full of myself – after all, I’ve spent a long time in sin’s prison.
15. What I don’t understand about myself is that I decide one way, but then I act another, doing things I absolutely despise.
16. So if I can’t be trusted to figure out what is best for myself and then do it, it becomes obvious that God’s command is necessary. But I need something more! For if I know the law but still can’t keep it, and if the power of sin within me keeps sabotaging my best intentions, I obviously need help!
18. I realize that I don’t have what it takes. I can will it, but I can’t do it.
19. I decide to do good, but I don’t really do it; I decide not to do bad, but then I do it anyway.
20. My decisions, such as they are, don’t result in actions. Something has gone wrong deep within me and gets the better of me every time.
21. It happens so regularly that it’s predictable. The moment I decide to do good, sin is there to trip me up.
22. I truly delight in God’s commands,
23. but it’s pretty obvious that not all of me joins in that delight. Parts of me covertly rebel, and just when I least expect it, they take charge.
24. I’ve tried everything and nothing helps. I’m at the end of my rope. Is there no one who can do anything for me? Isn’t that the real question?
25. The answer, thank God, is that Jesus Christ can and does. He acted to set things right in this life of contradictions where I want to serve God with all my heart and mind, but am pulled by the influence of sin to do something totally different.

Have you watched FireProof? What did you think of it? Have you ever had an argument or acted out in the flesh over something that was supposed to spiritually edifying?

Responsibility With Our Words 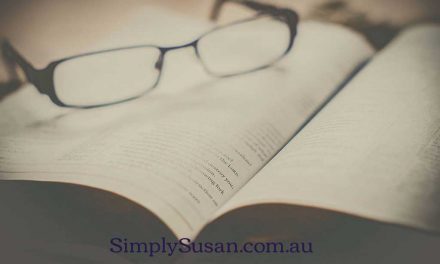 Sharing My Story Without Over-Sharing