I am a homeschool phony. 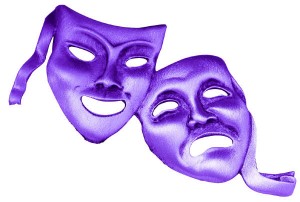 Or rather that was how I felt. About five years ago one of my daughters approached me and asked THAT question. You know the one… that one question that can evoke more emotions than I care to count: hurt, fear, anger, sadness, a sense of betrayal…
Boom. Boom. Boom.

How could such a question come from MY child’s mouth? Surely if she understood how much sacrificed, how much I’ve invested into her she wouldn’t be able to ask THAT question. Surely?

But she did. And not once. Not twice. Repeatedly.

You know the question, don’t you? I’m sure I’m not the only one who used to dread it.

How can those five little words carry so much weight?

[I wouldn’t have minded so much if it were my decision (remember me- the control freak?) but.. but.. but..that’s another story for another time]

So to cut a long story short, this beloved daughter eventually trooped off to school. It’s been a few years now and I’ve had lots of time to ponder why my reaction was so deeply emotive. There is no one reason. It’s not that simple. It is enough to say that along with the fear, anger and hurt were also issues of pride. Oh my, what would people say? Would they be shocked? Surprised? Would they look sideways with that knowing glance that shouts, “I knew it wouldn’t last”? Oh dear, what would other homeschoolers think? Have we let the homeschooling community down?

A few years later and I can honestly say that only some of my initial feelings were valid. Most of them were selfish and sinful. And God has been revealing them to me- showing me the ways in which I tried to camouflage and hide them. But they can’t be hidden from God. And honestly, we do nobody any favours when we try… least of the very parents that we often want to help the most.

Fast forward a few years and here I sit… still homeschooling my younger two children (The eldest has graduated. She is now 19). I am so thankful for the opportunity to be at home with my children and to have contributed to the AussieHomeschool community. I love homeschooling! I believe in it! Can you tell? However, there are so many myths that surround homeschooling. I don’t mean the average, run-of-the-mill myths that society believes. I mean the myths that we (as homeschoolers) buy into. We buy into them because we want what we believe it will deliver. And, like many people who invest greatly into something, we will work hard to justify that investment. But in doing so we can hurt each other by perpetuating the myths. It has to stop. We have to stop. We’re hurting our own.

As a parent with a child who has been to school I have seen all kinds of parents. Most parents I have met all have one thing in common. They all want the best for their children! But school parents have one thing that we (as homeschool parents) do not. One thing that we can learn from. They are not afraid to share the turmoils. They don’t seem to be afraid of other parents. They don’t have an overwhelming sense of judgment and condemnation from their fellow parents. I envy that.

As I have shared about my teen’s rebellion and difficulties I have had many others share with me privately. And let me tell you, there are heaps of Christian, homeschool parents who are going through similar things with their teens but they are scared to speak it out loud. They often thank me for doing so… but they fear the condemnation and sense of judgment and it prevents them from sharing about it! How sad is this? How wrong is this?

Not everyone travels a rocky path with their teen. My 19yo daughter transitioned from childhood to puberty to adulthood with only a few potholes along the way. She has fully accepted Christ as her Lord and Saviour and is a lifelong learner. My two boys? Ask me again in a few years. 😉 However, I know that everyone’s journey is different and that’s the way it should be. There is no one right way to homeschool. There is no one perfect example of a homeschool student. It’s a myth. One of many.

Not everyone wants to share their journey. I get that. But I am a sharer. I love to share. But I have wrestled with sharing my journey as it affects more than just me. It affects the child and all the others in the family as well. I’m not about to start going into graphic details. No one needs details…   I just want to be honest about our ups and down of the homeschooling journey (and the parenting journey). I don’t want to wear a mask or a protective, flame-retardant suit. Then again, I’m not about to be stark naked either- after all, this is a public blog open to all.

So there you have it. For a few years I felt like a homeschool phony. It truly knocked my confidence. But a few things have happened since the beginning but since learning that many of my previous beliefs were ‘homeschool myths’ I don’t feel like a phony anymore. I am free.

No Choice But To Accept That I Am An Unschooler

Your Turn! Why do you homeschool? 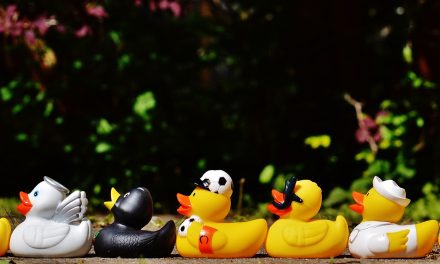 Confession: My Ducks Are Not In A Row