This story obviously needs a little history so I won’t mind if you go get a fresh cuppa. Right now? Let’s move on…

My father was a chef…and a pretty good one at that too! I loved nothing more than working with my dad when he had a big catering job, not because I loved the cleaning up after him but just because I loved working with him. Anyway as I said, he was a chef. He married a woman (my mum) who hated cooking, largely because she never had much money to cook variety and taste…but she did manage to put meat and three veg on the table every night. Regular readers may remember that as a child I was doted upon: left, right and centre. Never did a thing for myself until I got married. Once John and I became engaged to be married I wanted to do a crash course in cooking but in my 18 years of youth I lacked the patience to stay in the kitchen. Every attempt failed because of my impatience. The bottom line was that I simply didn’t need to know how to cook. After being married and teaching myself how to cook (and clean up after myself) I determined to not raise my children the same way (hmm, isn’t that a familiar story?) So, due to the innate sense of self preservation and survival my children have learned and are learning how to cook!

The girls are pretty good cooks and we regularly enjoy meals prepared by them. However, the boys aren’t quite up to the same speed. Not because they are boys, more likely because they are five and six in the family order! There are 4 and 5 other people ahead of them who will cook, so there doesn’t seem to be the same sense of urgency or necessity. However, they can’t live on toast, omelets, cereal and baked beans forever! So with John away for 6 weeks I thought I’d have everyone in the house cook one meal per week. The idea took hold… and grew! Possibly due in part to our fascination with good cooking shows, the current one being MasterChef. Initially we didn’t like it as we preferred the British version of MC but this series has grown on us. However, we also like Jamie Oliver, Nigella, Bill Grainger, Lydia’s Kitchen and many more! Anyway, we are now hosting our very own mini MasterChef competition! 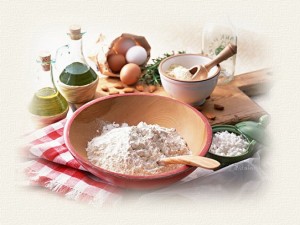 Each week, the boys have to prepare and cook a meal for those of us here at home. They can repeat this meal two weeks later. Then, they can also cook it for the family once John returns home. 6 weeks should mean they have at least two to three meals under their belts. Those of us who are eating the meal have the chance to ‘score’ the meal: presentation, flavour and nutrition. When John returns and the boys cook for the family, the winner will be decided then.

However, this just isn’t about slapping a meal on the table. One has to plan the nutrition of the meal, make sure it is visually appealing with colour and so on. Then, comes the shopping! Master C (aged 11.5yrs) went shopping the other day and asked what Gouda cheese was…Miss A said she didn’t know but suggested that they go and find out. So they did! (In fact, she did know but she is helping to develop  a sense of curiosity and also skills of researching in them) Then, they had to look at prices and determine quality and decide whether or not we wanted the cheese we wanted to eat…or the cheese we’d rather pay for!  😉 Then they had to decide which cucumber to buy and what the differences are and if they will be important to the dish. Ah, lessons in decision making and budgeting, discernment and finances!

Then, came buying the mince meat. Premium mince, regular mince, beef, pork, veal or lamb mince or slimmers mince? What’s an 11 yo boy to do? Thankfully, we have a patient butcher who explained the difference between premium and slimmers. We decided to go half and half- half premium and half low-fat mince. We’re experimenting as we usually stick to kangaroo mince but thought it might be a little too ‘gamey’ in flavour.

With an 18yo daughter, who is an excellent cook but is not at home as much now, I am not being as well fed… I’ll have to do something about that. I’ll get these boys up to speed yet. 😉

My lack of cooking has led my children to be wonderful, creative, enthusiastic cooks. See, I told you the reason for my lack of cooking over the years was purely for the childrens’ sake. O:-)

Back in the land of the living