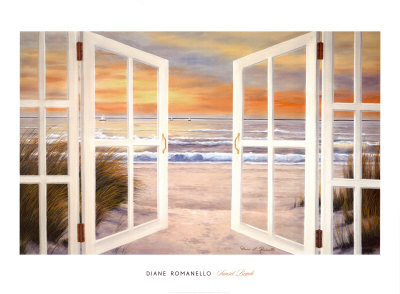 Remember I wrote that it was time for a tree-change? Well, it has happened! So many changes packed into just a few weeks. The move went well. Fairly uneventful as far as interstate moves go. This was our 7th move in 13 years of defence force life. I suppose I’m stating the obvious but wow, civilian life is very different to Defence Force life!

The homes we have been in for the last 13 years have been great. They’re usually quite large, spacious and fairly new with all modern conveniences. Even though we do try to declutter regularly we have tended to simply store everything. This move into the civilian house is akin to playing tetris with boxes and furniture. There is simply not enough room for our furniture, nor all the boxes of books. We need to hire a separate storage facility.

Mr Greystash fared well throughout the whole ordeal. John is building him a cat run so that he can exit the house through a cat door but only go to a restricted area. Grey has cost us far too much money in vet bills over the years. We’re not letting him outside, unsupervised again. I’ve planted a few herbs: basil, tarragon, stevia, chilli, mint and parsley. But the best news is… I have a square, Hills Hoist clothes line! I love those things! Defence homes usually have fold-a-lines and I don’t like them and I tend to use the clothes dryer more than I should.

We’ve had a trip back to Adelaide and Abi and Ian brought the twinlets here for a weekend visit. We plan to make several more visits to Adelaide over the next two months but then we are hoping to truly settle and stay put. For the time being, we are alone. Just the two of us. It is very different yet exciting and very pleasant. Falcon has stayed in Adelaide for now and will join us once we have room for him – and after the Christmas break. Falcon is finishing his schooling with OAC, and has many commitments with Cadets until mid January. I guess that’s what happens when one has their children fairly close together in age – they’re all little at once but they all start to leave home around the same time too! 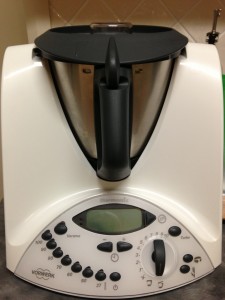 Some awfully exciting news is that I finally succumbed. Yes, I am now the very proud owner of A Therminator! Well, that’s what I call him. He’s tough. He’s solid. He is one mean machine!

I first heard about the Thermomix several years ago on AussieHomeschool. But I didn’t mind cooking and couldn’t see why I needed one. And did I really need yet another kitchen appliance when I already had so many?

Our diet has improved over the last few years but the amount of kitchen mess has not. Cooking and cutting utensils were continually dirty and I noticed this even more when my dishwasher decided to go on strike. So I purchased a Bellini from Target. I used it a few times and was quite disappointed. If I hadn’t researched the Thermomix so thoroughly and didn’t know what it could I may not have felt so let down by the Bellini. But I had and I was.

So when John said that I could indeed purchase a Thermomix, I booked my demonstration quicker than one can say, “the world’s smallest, smartest kitchen”. A quarter of my house was packed up in boxes on the day I had the demo. The day of Pre-Pack (where furniture removalists take over the house and pack anything and everything in sight) is when I had my Delivery briefing. The consultant walked me through cooking soup and bread which we had for tea that night. Normally the delivery would have been to my home but it too chaotic so I went to her house and picked it up. My consultant was fantastic – a great help! They could have delivered it to me once I was in our new house but my impatience and excitement was too strong – I needed it immediately. even though I couldn’t use it until I was in the new place. ☺

So far, I have ground flax finely, made custard, a few soups, Beef Stroganoff with Rice, Pasta with Bolognaise Sauce, fresh lemonade, green smoothies, juice, nut milks, fruit muesli, Chicken Velouté with Steamed Veggies, Thai Chicken Curry, Chocolate Muffins with Coconut Oil, Fruit Sorbet, Raw Beetroot Salad, Vegetable Stock and more! And I am back to baking our seeded, healthy bread again! All in and around moving interstate! Can you tell I’m a little excited?

Yes, it does reduce the amount of clean up in the kitchen. It has been excellent in preparing foods for our combined diets, which I haven’t even told you about yet. but, and this is me being transparently honest – it is fun! yes, not really the best selling point but it is fun. And the best thing? I have not burnt a meal since using it! Sadly, I have burned a pan beyond recognition, whilst preparing hard boiled eggs. I can’t do that now. It won’t let me. I set the timer and it beeps when it is cooked. No more burned pans.

In fact I like it so much and think it is such a valuable appliance that I applied to be a consultant! I’ve even been back to Adelaide for the 3 day training course! No wonder I’ve been absent online.

My washing machine was also on its last breathe when we moved here. But then we discovered that this house has some unusually sized doors. There is no way our old, large machine was getting through the laundry door! So, John hooked it up outside in the backyard. I didn’t mind it so much except I did miss washing my whites and linen in hot water. Time for a new machine. Enter the front loading Beko machine! It’s sleek and slim – looks real pretty. I’ve never had a front loader before so it’s taking me some time to get accustomed to it.

Also in the middle of moving, I had a website job and the client wanted to launch her business and website 3 days after our move! The business is Autumn Glow – hand-crafted, soy-scented candles. They are beautiful and well worth the money. Thanks to AbiGrace for helping me to put the finishing touches on Autumn Glow. Couldn’t have done it without you!

What is happening in your life? 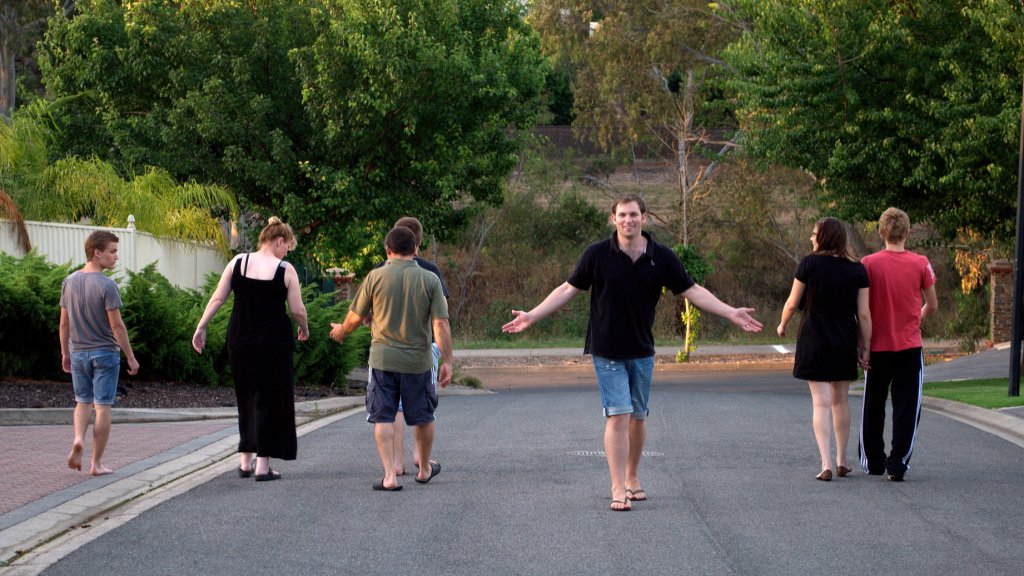