As I posted a few entries ago, I’ve been spending time with friends and extended family and I’ve witnessed some things which really make me think…deeply. I have gone home and spoken with my husband about them. Why do I worry so much about it? Its not so much that I worry, but as my children are getting older I want to teach them about parenting. Sure they’ll learn parenting from being parented but I also want to be more direct in my approach to teaching about it. S I talk to my children about why I parent the way I do.

Some families live so nice and tidy. I know families like this. The homes are spotless with rarely a thing out of place. Wow, my home has never been like that. Sure, everything needs to be clean but things are always out of place in my home. It just can’t be helped with four children and myself living at home, all day every day. I’d go crazy trying to keep it neat and spotless all the time. But I know some families like this. The sad thing is that while the children have every toy imaginable, they aren’t allowed outside to have any free play. Come on, who are we kidding? No matter how bright and colourful the toys are these days, they don’t beat a children learning to make his own toy from materials found in the backyard. There’s just something inventive, and creative and empowering about that…a plastic blue toy with all the bells and whistles can never do that.

My children are rarely sick. They have pretty strong immune systems. They (and I) credit that to all the dirt and worms they ate when they were small. Once I found my 2yodaughter asleep under the house, curled up in a laundry basket! Another time she tasted cat food! But my children played outside a lot… many hours of the day, in the dirt, climbing trees, running, jumping, crawling, rolling and pretending to be whatever games sprang from their imagination. Coming into contact with dirt and worms made their immune system stronger, so we believe. The mothers of the families I referenced above use antiseptic spray all over the house, several times a day, yet their children still get sick. Maybe children are meant to get a few colds and runny noses as youngsters. Maybe it strengthens their systems?

I’m all for protecting our children…(duh, it would be ludicrous to state that I believe otherwise) but I wonder if many parents are taking it way too far? Are we raising the next generation to be soft and namby pamby? These days it is not politically correct to say NO to a child or to tell them anything less than how good they are. Wow, a far cry from what the gospel tells us about man eh?

What doesn’t kill us can make us stronger!

My children were reminiscing the other night about how unsympathetic I can seem. When they were little and they’d fall over and graze their knee, I would barely take a glance and they wouldn’t get a lot of TLC from me. Sounds harsh? Actually, after reading many lovely homeschool/mothering books (which I do like) I often felt very un-maternal. Yet I love my children dearly. They know that. They also know who to go to when they are REALLY hurt- they come to me. I have often said to them that age old adage, “What doesn’t kill us can make us stronger” (My paraphrase) I have witnessed a 2 year old boy, falling over and then run crying to his mother, who will pick him up and make a fuss as though he has knocked a tooth out! Oi voi! What are we doing? I want my children to grow to be strong, capable, competent, independent adults who can live in a fallen world, who have the courage to stand against the flow, regardless of any hurt they experience. I want them to stand up for truth and righteousness! How can I manage to instill this if they don’t experience a little bit of pain (supervised and controlled) in their younger years? I want so much to protect them, to shield them from the harsh reality of life but I can’t do that or be that forever. One day they will venture out on their own. I must remind myself that I am parenting from this perspective as it’s so easy to get up in only the ‘here and now’.

If I want my child to learn responsibility I can teach it from a curriculum. But really what will make more meaningful sense to him is to see that my ACTIONS back up my words. (Actions speak louder than words). Direct teaching needs to go hand in hand with seeing the parent model real life responsibility. Then we need to give an opportunity to the child- an opportunity to take a responsibility. You know what I’ve found? That they will most likely fail! But the great news is that I then get to guide them, to correct them in gentleness! This is when my children have learned the best lessons in responsibility – through failure! I think children need to learn how to accept failure. I tell my children that a failure is only a failure or a mistake only a mistake IF they don’t learn from it. However, they do need to learn the attitude of picking themselves back up and putting one foot in front of the other- to not get down because of that failure. They need to see living reality in my life too. Better that they learn about failure now, while they are still young and I can supervise, guide and control the situation rather than be slap-bang confronted with it as an adult when it is too late to be corrected by ones parents.

Hand in hand with giving them responsibility is teaching them about consequence– and how we can often choose the outcome. Sure children don’t often set out to choose a negative consequence but as a result of their action that is what comes. This empowers them and gives them responsibility – a far cry from the modern epidemic of people blaming everyone else for their actions and circumstances. We’re trying to teach out children to look further ahead than just the action- look ahead to the consequence. Too often today I see parents who don’t teach their children natural consequences. The child doesn’t pick up their dirty clothes and put them into the laundry but why should he? Mother will do it for him. It has been difficult at times, as parents, for we have allowed our children to experience the natural consequence of their actions. If they have not put their dirty dishes in the sink then they were presented with dirty crockery at meal time, which they promptly ran to the sink and scrubbed. But it’s a lesson learned. My children have all had a favourite item of clothing. At times this item hasn’t been available for them to wear when we were going out because they hadn’t picked it up from the floor. Rather than rush off to wash it I said, “Oh well, that’s too bad. Come on, I’ll help you find something else to wear” Not quite the reaction they wanted but it was a lesson learned. I never do for my child that which they are able to do for themselves. The key here is, I believe, to be consistent.

Of course I want to protect my children…to keep them safe but I have to think long term, not short term. Will my actions today be helping them achieve the goals that, as parents who have sought God for direction, have been set before them. These goals are based on Biblical principles and not our hopes and dreams kinda thing. Parenting isn’t about us, per se, it’s about the children.

Ah, there is so much we need to teach our children. But the great part is that developing a relationship with them and teaching them from the best curriculum called Real Life (experience) is what will see them most ready for the adult world.

Oops, once again this post turned into something the size of a small book. Coffee and Tim Tams to any who made it all the way through.

Oh, for some reason the smilies aren’t showing up. There are meant to be a few smilies scattered through this post…to add context. Sorry they’re not there. I don’t have time to muck around and find out where they are.

What If Starbucks Marketed Like the Church? A Parable.

When Joking Hurts: A Lesson from Proverbs 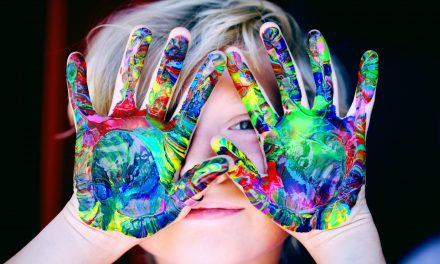