Don’t you love your hubby? I do! Here I was researching various blenders, which would have taken me a month of Sunday’s to narrow it down, when on the way to the airport, to get Miss A, I told John that I could do with his input. I gave him the summary:

He listened to my blurb about the Thermomix and said it would be good if we had a business and could recoup some of that money back…which we don’t. I guess he crossed that one off his mental list pretty quickly.

Then came the super expensive ones…thankfully my husband knows me to well. When I get an interest in something I need to dabble in it…but that doesn’t mean it will necessarily become a life long passion or lifestyle so I guess he crossed these off the list too. 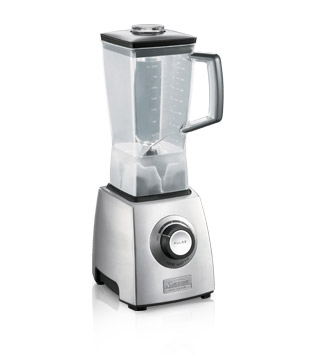 I talked to him about the more expensive of the cheap range- and his ears pricked up…he was listening intently. Then he heard that it was in the Sunbeam Cafe Series (same as our coffee machine) and he took a detour and dropped into The Good Guys. Thirty minutes later and guess who has a new blender?

Whoohoo! Yup, that would be me! I’ve already put it to good use. I made a green smoothie and coerced, forced, strongly encouraged everyone to have a glass.

Do you make green or savoury smoothies? Please share your favourite recipes with me. I know there are many websites that have recipes, and I’ve visited most of them! but I’d love to hear readers favourites.